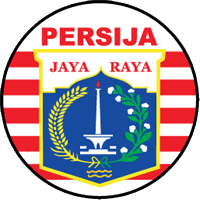 Persatuan Sepakbola Indonesia Jakarta (commonly known as Persija Jakarta) is a football club based in Jakarta, Indonesia. Persija Jakarta is the most successful football club in Indonesia. The club has won 11 league titles, thus Persija has the most league title wins in Indonesia. And they have never been relegated since the competition start in 1930.[1] Persija is one of the teams who founded the PSSI (Indonesia football federation) in 1930 along with several other teams.