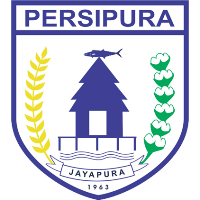 Persatuan Sepakbola Indonesia Jayapura, or Persipura, is an Indonesian football club based in Jayapura, Papua. The club was founded in 1963. Persipura plays their home matches in Mandala Stadium. Persipura is one of the giants of modern football in Indonesia with various league and tournament titles. Persipura is also known as the producer of great footballers from the land of Papua such as Rully Nere, Jack Komboy, Eduard Ivakdalam, Boaz Solossa, Ian Louis Kabes and Imanuel Wanggai. They are known for playing style relying on the abilities of individual players.