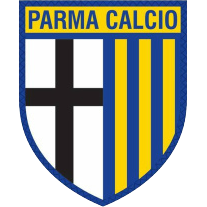 Parma Calcio 1913 S.r.l., commonly referred to as Parma, is an Italian football club based in the city of Parma. Founded as Parma Football Club in December 1913. Financial troubles were brought about in late 2003 by the Parmalat scandal which caused the parent company to collapse and resulted in the club operating in controlled administration until January 2007. The club was declared bankrupt in 2015 and re-founded in Serie D by virtue of the Comma 10 of the Article 52 of NOIF.